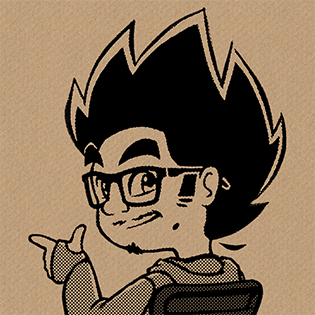 Omni Jacala, known to the internet as "Artsy Omni," is a professional graphic designer, and a hobbyist illustrator and video game artist.

Omni’s artistic career began at the age of 12, when he set out to create his own Sonic fan characters by editing sprites from the Sonic Advance games using MSPaint. The next step was making sprites and pixel art from scratch, and eventually, Omni found himself using Photoshop to create art imitating some of his favorite games, some of which include Sonic, Mario, and Zelda.

In 2007, during the wait for Super Smash Bros. Brawl, Omni, better known then as “hextupleyoodot,” started an art series of Kirby Hats that he published on the Nsider and Nsider2 forums. He later went on to create a few other Brawl-styled art pieces for a handful of characters. Omni continued to quietly produce art until he got the ridiculous idea to try to pass off one of his creations as a fake leak for Super Smash Bros. Wii U/3DS. The rest is history.

Find Omni in the Wild!