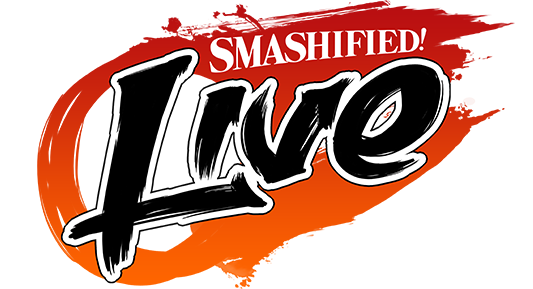 Smashified Live is as spinoff of the Smashified time lapse series. While the character choices for Smashified are driven by community suggestions, there are tons of great characters who simply don't get the same volume of suggestions as the big hitters.

If we can't devote a full-fledged time lapse with crazy video editing and original music, we can at least do a render and live stream the painting process! Characters drawn for Smashified Live are hand picked by the artists, so there's opportunity for some of the less popular characters to be drawn!

Where and when will the streams be broadcasted?

What will be shown?

Sometimes a majority of the rendering process will be shown in the stream. Sometimes it'll only be a portion. That all depends on the complexity of the character. Generally, the characters done for Smashified Live will be somewhat simpler in comparison to those done in Smashified.

How do I suggest a character for Smashified Live?

We'll be picking from the same batch of suggestions given for the rest of Smashified. Your best bet is tweeting @smashified on Twitter.

Are you a musician?

We're always looking for game remixes that we can use during the livestreams. Characters for Smashified live will be announced ahead of time, and if possible, we like to feature music that belongs in the franchise of the character that get drawn. Since it's a livestream where I'll be talking to the viewers, the music needs to be instrumental, and typically more relaxed music works best. If a character gets announced and you have music that could work, we encourage you to email us at [email protected] and let us know!